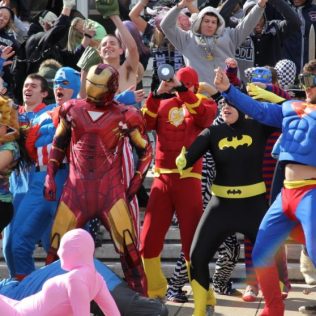 Car Rentals > Latest News > Our Fleet Girls attempting to do the Harlem Shake, but fail.

Our Fleet Girls attempting to do the Harlem Shake, but fail.

If you have been living under the internet rock earlier in the year, you would be lucky to have missed out of the viralness of the Harlem Shake video meme that went around the world by storm. Basically it involves a group of people performing a comedy sketch accompanied by a short excerpt from the song “Harlem Shake.” The video was recreated 1000’s of times and uploaded to YouTube for all to watch.

While most of the videos were very entertaining to view, a couple of our car rental fleet controllers attempted to replicate there version of the craze but didn’t quite seem to get there.

If you are after a great deal on a rental car for your next holiday or business trip, then we can help you. We have a new model fleet of vehicles to choose from, as well as being located inside most Australian airport terminals.
Book today and save.