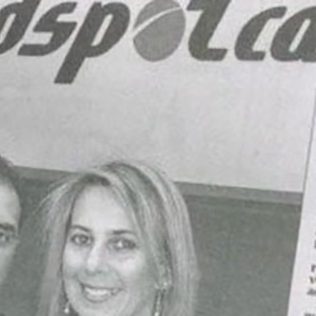 Car Rentals > About Us

From humble beginnings, igniting as the small side business at a petrol station in Sydney, Redspot Car Rentals has grown to be recognised throughout the world as an innovator and leader in the Australian rental industry.

Redspot Car Rentals took off in 1989 with a fleet of just two courtesy cars; a Holden Ute and a Laser and a team of one, Dan Mekler, managing director of Redspot Car Rentals. Dan being the entrepreneur that he is, started to experiment with Sydney City hotel delivery, soon discovering a large gap in the availability of car rentals on the weekend.

With great persistence, and the forging of forever lasting business relationships, Dan grew Redspot from being a small side business to becoming a national network of operations.

In 1999, Redspot Car Rentals tendered for an on-airport licence at Sydney Airport, and won. They then faced a much bigger more demanding challenge against the big multinational companies like Hertz and Avis on their own turf.

With the first win, Redspot was able to grow its on-airport presence around the country, and by 2004 opened another 4 on airport locations at Gold Coast, Cairns, Launceston and Perth. 3 years later, Redspot opened Brisbane, Hobart, Mackay and Adelaide airports.

In 2005 Redspot realised the need for a “fair go” car rental offer, and introduced the Top Dog package. Top Dog is a all inclusive rate with $0 damage liability, the first of its kind in the car rental world.

With its evolving business strategy, Redspot is becoming more relevant to the corporate market whilst keeping its promise to serving its traditional leisure base.

Redspot Car Rentals offers a wide range of added extras for travellers including:

Australia has made Redspot its car rental company of choice, why not make it yours?