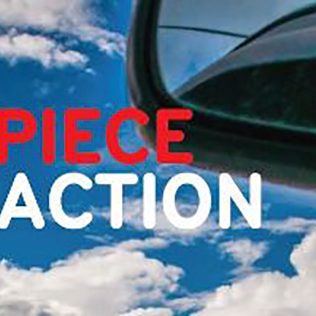 Redspot Franchise – Drive your future with our business

There are 3 types of lie – lies, damned lies and statistics. A phrase we have probably all heard and have some sympathy with and which was popularised, at least in the United States, by Mark Twain. However, in a world where statistics are thrown at us daily about everything from the proportion of the population regularly tweeting to the batting average of the Australian top order the Australian Bureau of Statistics provides some gems.

3,616 businesses are recorded as providing Other Motor Vehicle and Transport Equipment Rental and Hiring services. Just under 50% of these businesses are in either NSW or Queensland. This was a very small decline in the number of businesses from the 2013/14 Financial Year and probably reflects some degree of consolidation rather than true exits from the industry. Of these 257 or 7.1% each generated revenues in excess of $2M.

Vehicle rental like a lot of other industries in Australia comprises of various levels of service (think zero to five star hotels) and also like other industries has in recent years seen an expansion in the number of Franchised outlets. Redspot/Enterprise operates at the Tier 1 level of the vehicle rental industry (the hotel 5 star equivalent) with rental counters in airport terminals, new cars and a full range of rates and services.

Since January when Redspot/Enterprise announced its Franchise program “Own a Piece of the Action” it has received a large number of expressions of interest from individuals and business including some current independent vehicle rental operators. Enquiries have been received for many parts of the country, suburbs of capital cities, regional centres, country towns and most intriguingly for the Channel Country South West Outback Queensland town of Quilpie, population at the 2011 census of 574 people!

The benefits of joining with the world’s largest vehicle rental brands make an attractive proposition to local operators who will see their business marketed globally through the reservation and distribution channels available to Redspot/Enterprise. Inclusion in the Redspot national and international marketing program combined with Enterprise spend across all of its brands will see local operators touch a worldwide market.

Redspot/Enterprise is working through these enquiries and has progressed a number of applications past the qualification and initial meeting stages and expects in coming weeks to enter final negotiations with some. Announcements are likely to follow shortly thereafter of new Redspot/Enterprise locations opening in various strategic areas.

To find out how you can “Own a Piece of the Action” contact Redspot/Enterprise by sending an email to [email protected] with some basic details about yourself, the area you are interested in and contact details and we will be in touch.