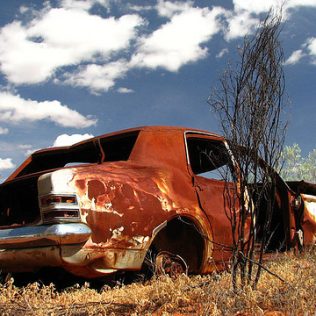 Car Rentals > Latest News > 6 of the Spookiest Roads in Australia

6 of the Spookiest Roads in Australia

Everyone loves a good ghost story — particularly when it’s true. From ancient times, humanity has enjoyed few activities more than the sheer inhumanity of scaring the living daylights out of each other, so it’s no shocker to find entire tourist industries built on doing just that.

Come with us as we drive down the terrifying stretches of six of the most spookiest roads in Australia. Boo! 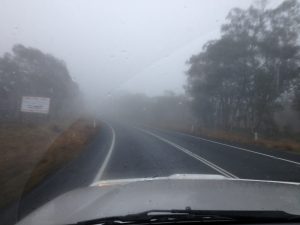 According to legend, this strip of highway is haunted by a rather nasty spectre – the Lady in Black. Since the mid-19th century, travellers have spoken of a mournful figure dressed in black that clings to the back of vehicles, causing drivers to plummet to a fiery death. Immortalised in Henry Lawson’s poem, The Ghost at the Second Bridge, the phantom is believed to be that of Caroline Collits, a local lass from the Hartley Valley whose beaten and battered body was found beside the road in 1842.

The Tanami is one of Australia’s most isolated roads, where your only company might be the occasional dingo, kangaroo, snake or road train. Despite the lack of roadside assistance, probably the real reason you don’t want to get held up here is because it stretches past the infamous Wolfe Creek crater, forever connected to the gut-churner film “Wolf Creek” about a serial killer.

Whatever you do, don’t watch the movie before venturing out on this isolated stretch, particularly if you plan to camp at the crater and have any hint of car trouble.

The ghost of The Pilliga Princess has reportedly been seen many people travelling along the Newell Highway in NSW. The story of the bag lady, was a familiar sight of truckers who would see her walking along the highway with her shopping trolley especially at night  in complete darkness. She was a recluse, old, gray haired and crazy according to the locals, and they dubbed her the Pilliga Princess. One night in 1993 the Pilliga Princess was hit and killed by a truck. The trucker who hit her said she was wondering across the road and hadn’t seen her until it was too late.

To this day, truckers swear they continue to see her walking her trolley at night along the Highway just as she had done for years before she died.

Not far from Melbourne is one of its best kept secrets and most unusual and baffling places, Anti-Gravity Hill in Straws Lane, Woodend.

Standing near the bottom of a hill facing up hill, if you tip water onto the road it flows ‘up’ the hill not downhill as gravity would normally do. Place a ball on the road and the same thing happens, it rolls up hill. If you are in a car, stop at the bottom of the hill, place the drive in neutral and it will slowly roll UP the hill.. spooky!

Granted this isn’t a single road — the Belanglo State Forest features both two- and four-wheel-drive tracks, creek crossings, forest camping and plenty of scope for exploration. However, the forest is unfortunately known for less than its natural beauty. In 1992, orienteers came across human remains and Belanglo became a crime scene as police scoured the bushland looking for further grisly evidence. In all, seven corpses were found.

The case was finally closed in 1994 when construction worker Ivan Milat confessed to the murders. The case became known as the “Backpacker Murders,” with most victims disappearing from areas such as Sydney’s King’s Cross and their bodies recovered in the forest.

Two questions remain: are there more crimes buried in the forest, and did Milat work alone?

In  there are countless anonymous stories online that speak of a girl in a white dress that appears on the Middle Creek Bridge in Wakehurst Parkway west of Sydney as unsuspecting drivers go through her, or a nun apparition that sits in the back seat of cars. There’s even a film documentary (trailer below) that takes believers and sceptics to the reserve with a spiritual ­medium to investigate reports of paranormal activity in the area.

Know any Spooky Roads in Australia?

Do you know any roads that are particularly strange or spooky that we haven’t mentioned above? Leave it in the comments below.