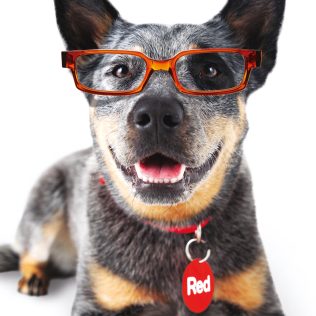 When you’re planning a business trip for the top dog at work, you want to make sure it goes as smoothly as possible. So keep these points in mind and you’ll keep yourself out of the boss’s doghouse and in their good books.

Where will they fetch the car from?

Imagine you are in your boss’s shoes. You’re on a business trip. You get off a plane. You’re tired, you’re hungry (because you couldn’t open the tiny packet of complimentary nuts, which wouldn’t have done much anyway). Some punk kid has been kicking the back of your seat while he plays his hand held game console at deafening levels for two hours. You’re waiting to get your baggage for 20 minutes (because it’s always the last one to come out) and you’re looking around for the car rental desk. Only there is no car rental desk for the company your assistant booked. You need to take a thirty-minute shuttle to get to the depot.

Not even the most happy and well-adjusted boss would deal well with this turn of events. That’s why you should always check when booking to see if they will be arriving and departing from an airport, or an off airport depot via shuttle bus. The shuttle bus will add time to their journey not to mention inconvenience. If they need to go off site, at least you can prepare them for the extra hassle.

Probably the worst thing that can happen on your business trip. You crash the car and not only are your timings all screwed up, but you get a bill for thousands of dollars damage liability as well.

Plus there are all sorts of other things that can damage your car, flash flooding, hail damage, volcanoes, bear attack. Make sure you know what you are and aren’t covered for, before you book. The last thing you want after surviving a bear attack is a bill for the claw marks on the upholstery of your rental car.

Bonds that won’t break the bank.

There’s nothing more embarrassing than throwing the credit card down at a business lunch only to have it declined because a rental company has frozen over $3500 for the compact car you rented from the airport at the last minute. Always check the credit card security bond and how much it is. Or join a loyalty program like Redspot’s Business Club and never pay bond again.

The unknown toll of road tolls.

When your boss is out an about in a new city on business, they want to be able to get around the quickest and most efficient way possible. And if that means going through road tolls then, so be it. What you don’t want is to be hit with extra fees after the boss returns home. It’s easier to put a leash on road tolls up front than to try and bury the unexpected costs later.

Check with the company how old their cars are. Ask them the average age of the models. Older models will have more wear and tear. They’ll also be more likely to break down. Imagine your boss turning up to a sales call or board meeting, shaking hands with someone and leaving a big grease stain on this person’s hand from the tyre he changed on the way there. Not a good look.

There’s nothing worse than having a car you can’t return. You’re alone, in some strange city, sitting in the car park of a rental company, wondering what the hell you do with the keys. Eventually you settle on locking them in the glove box and putting a note under the windshield wiper, before you bail on the whole scene and catch a last minute plane home. You just try and put the whole ordeal out of your head, only to find two weeks later you have been charged for an extra day’s rental, or worse the entire liability amount because the car was stolen or towed while it was still technically under your care. It always pays to check on the after hours return policy to avoid putting your boss in a situation where he needs to abandon his car or pay a big fee to return it somewhere else.

There are always going to be changes to the boss’s itinerary. They’re inevitable. That’s what some car companies seem to count on. That way they can whack you on the nose with a great big fee. WHACK, like a rolled up newspaper. So always make sure the car company you rent with has flexible returns policy and let’s you cancel or modify the reservation without penalty.

Go with the underdog and save.

The best thing to do is go with a car company like Redspot. It’s Australian owned and operated and prides itself on giving everyone a fair deal. That way you always know that what you’re going to get and there are no nasty surprises. Because let’s face it, the boss will blame any surprises on you, no matter whose fault they are. So go with underdog and save yourself some money and a load of hassle.