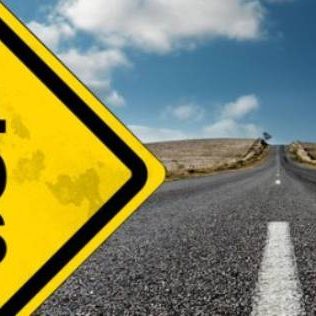 27/12/2013, brad.aldcroft Road Trips
With only a few days left until we say goodbye to 2013, we have compiled our own countdown of our favourite Australian road trips. From coastal journeys to beautiful mountainous drives, we’ve got your road trip to do list for 2014 covered.

The Great Ocean Road isn’t called ‘great’ for any reason. Starting your trip in Adelaide, it’s a 243 km (151 mi) stretch of road along the south-eastern coast of Australia all the way to Victoria. Its home to the world’s largest war memorial, as well as the incredible limestone stacks off the shore called the Twelve Apostles.

Barossa Valley is one of the best wine producing regions on the Australian mainland and only an hour from Adelaide. There’s a couple of ways to get to Barossa Valley from Adelaide, but the scenic driving route to Barossa is via the Adelaide Hills just east of the city. Simply head North on the country roads enjoying the gorgeous sleepy towns along the way. If time permits, check out Inglewood Houghton and Williamstown to arrive in the Valley at Lyndoch. Read more self drive ideas around Adelaide. 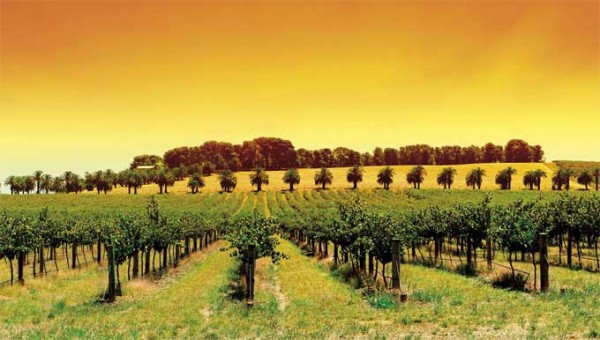 Another great drive just south of Adelaide is the Fleurieu Peninsula. Your path will take you to breathtaking little coastal towns then take you further inland via winding roads crossing permanent rivers and a stack of conservation parks. Feel free to lose yourself on one of the back roads and discover many little country towns, fresh strawberry farms and taste bakery treats.

It’s not as scary as it sounds. If you love a massive drive, then the trip from Perth to Shark Bay via the Coral Coast is a must see. It’s a massive 850km, roughly 10hrs drive heading North on a one way road trip, along the very western coast of Australia. Plenty of beaches, national parks as well as the picturesque lookouts of Natures Window, the Loop and Z-bend Gorge, your final destination will be Shark Bay, home to Monkey Mia Dolphin Resort, famous for its crystal clear waters, pristine white shell beaches and daily visitations of Dolphins.

Starting from Cairns in far north Queensland, this drive will take you from the tropical backdrop of Cairns and Port Douglas, to the ancient rainforests of the Daintree as well as the golden outback of North Queensland. Along the way you come across the Undara Lava Tubes, Hinchinbrook Island, as well as a stopover in Townsville, one of the larger cities of Queensland. 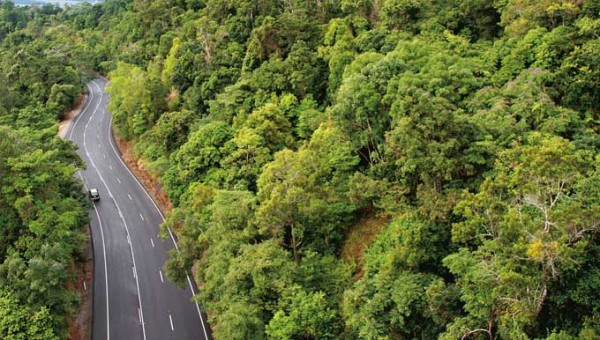 The title says it all. The Snowy Mountains or “The Snowies” are the highest Australian mountain range, home to Mt Kosciuszko, and the Australian classic Banjo Patterson poem ‘The man from Snowy River.’ This drive will have you see spectacular scenery via the drive a network of small towns each with its own history and attractions. Access to the Snowy Mountains is a 2.5hr drive from Canberra.

If you’re nature lover, than the Watagan Mountains is for you. A chain of forests collectively known as the “The Watagans” start from Ourimbah in the South and stretch north to Cessnock. They contain not only beautiful mountain scenery but have great facilities for day trips, bushwalking as well as camping, treetop adventures, biking and even paintball. The Watagan Mountains are an easy 2 hour drive from Sydney or a 1 hour drive from Newcastle.

If you are a food lover, then this is the drive for you. Starting from either Launceston or Hobart follow your nose to the delicious sheep cheese or fresh Tasmanian apples of Huon Valley, freshly shucked Pacific Oysters, Southern Rock Lobster and Tasmanian Blue Mussells on the east coast, a wide range of breads and pastries produced via a 19th century wood-fired oven in St Helens and pick your own berries at one of the berry farms while drinking some of Tasmania’s acclaimed cool-climate wineries. Hungry now?

>The top tourism drive in Australia is the legendary Pacific Coast Drive between Brisbane and Sydney on the east coast. Ideal for all types, it has something for everybody, from famous farmers markets, cottages and famous food and wine trails, your choice of over 30+ surf beaches, family fun at the Gold Coast or the Big Banana at Coffs Harbour. You can even enjoy the main number of national parks, heritage trails or at the very least just enjoy the drive along the coastal stretch.

If the route between Brisbane to Sydney didn’t quench your driving appetite, then continue on from Sydney to Melbourne and experience the magic of its natural coastal beauty. With beautiful coves than have been carved out of the headlands by the ocean, your trip will take you south through the vast expanses of national parks and pristine lakes and rivers and of course Ninety Mile Beach and Gippsland Lakes, Australia’s largest inland waterway.

If you are after a great deal on a rental car for your next holiday or business trip, then we can help you. We have a new model fleet of vehicles to choose from, as well as being located inside most Australian airport terminals.